May and October 2016 Working Parties 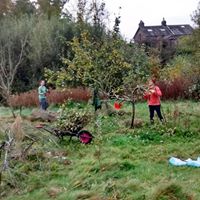 Litter was cleared and rubbish dumped. 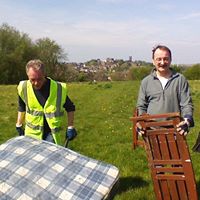 More than 400 daffodil bulbs were planted, primarily alongside Derwent Rd.

Wild flower seeds were sown in two areas at the top of the main pathway. 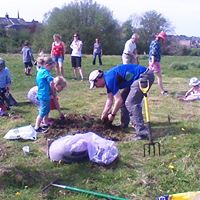 Saplings (including “Colin” the conker tree!) were planted.

Several surveys have taken place to assess and record field usage. Dog walkers, children exploring and pedestrians passing through, all feature as regular users of the Field.

As well as the bonfire we had a spectacular firework display. 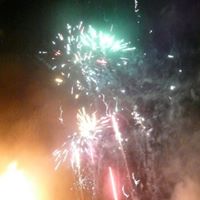 As part of ‘Light Up Lancaster’, we also had a taste of Las Fallas de Valencia Festival with magnificent music from the Banda LaPeris Llapisera and traditional burning of a Falla sculpture.

We were very pleased to be successful in our application for Local Green Space Designation.

This provides additional protection for the Field which will in future be regarded as a green space for local planning purposes.

On a less cheerful note we had an abandoned, burnt out car on the Field. We liaised with the council to remove it. 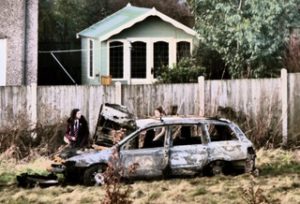 We cleared rubbish & spread wood chips to improve the access of pathways alongside the stream.

We informed the council of the public safety danger of a 3 metre open drop at the top of the field where the stream emerges from under Derwent Rd.

As a result the council erected a safety barrier. 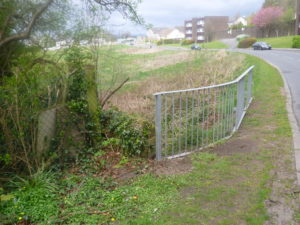 We liaised with the Council to ensure the Japanese Knotweed, which had probably escaped from a garden, was sprayed in October and early summer. This was how it looked in April this year (see below). We hope eventually to be rid of this problem. 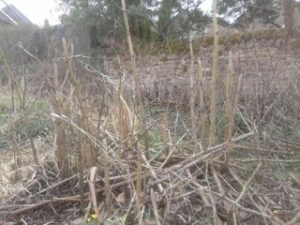 Thanks to all the local volunteers who contributed to all these events and activities in 2016 and early 2017!